Ayina Think Tank is founded on the belief that young people should be given voice to express their opinions , opportunity to innovate, the chance to learn through mistakes and use their competences or talents together with the already available documented experiences to reinvent greater and positive future for our world. 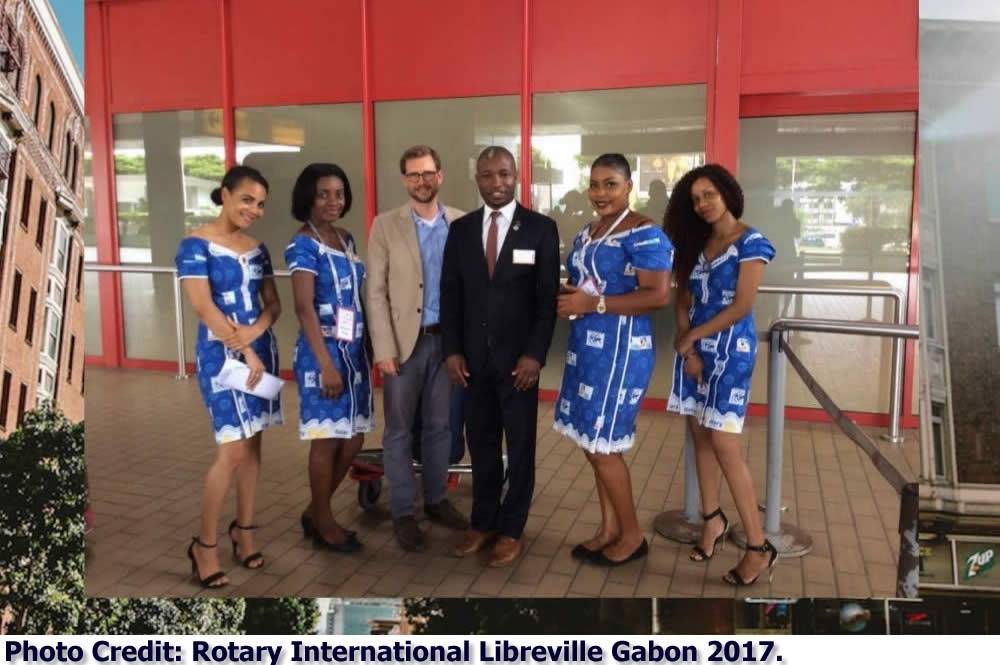 The founder, Damien Mouzoun has led an incredible selfless life for change and transformation in Africa, at a very young age where he has been advocating for peace, human dignity and respect, leadership empowerment, socio-entrepreneurship and regional integration in most countries across Africa, Asia, Europe and beyond.

He is known and admired for his wisdom, service above self and contribution to community quality education from the bottom up without propaganda. Having spent his teenager age in exile in Ghana away from his home country Benin where he fought for quality education, government responsibility and justice as college students leader without even formal authority like one of his invisible mentors Mahatma Gandhi of India; Damien Mouzoun through his positive revenge and contribution to the society is most likely to become the next Nelson Mandela from Africa where he is still taking greater risks for human dignity, peace and prosperity with his Think Tank Foundation.
His education background: He holds Bachelor degrees of Science in Agribusiness (BSAB) from Benin, Law from Fordham University in New York and Social Innovation Management Post Graduate from Amani Institute in Kenya. He is a strong advocate for quality education across the world with focus on Africa and for that recognition was named among the top hundred most influential young Africans in 2017. He speaks several African Languages plus his excellent command of French and English. 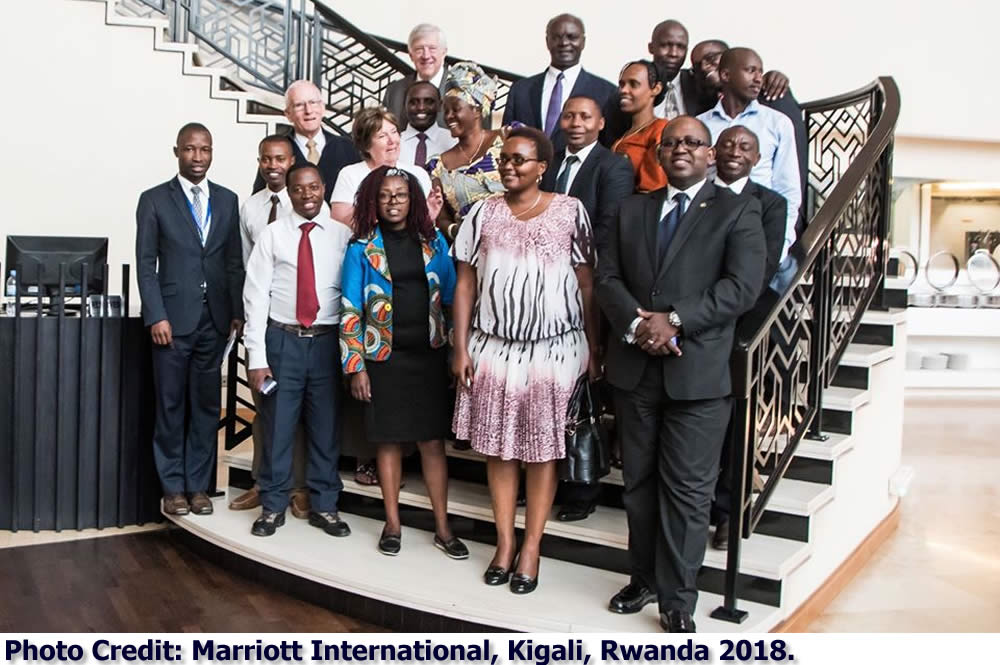 Damien Mouzoun who received the Melchizedek Priesthood Ordination in 2016 and the wife, sister Gaudence Mouzoun, are both active member of the Church of Jesus Christ of latter-day saints, where they were sealed in the Accra Ghana temple (on November 9th, date commemorative of the Berlin Wall falling which is generally considered to mark the beginning of the information, knowledge and wisdom age) for time and eternity with their unique sons “Mouzoun M. Steve-Jobs & Mouzon Shyaka Atta” born under the covenant. Mouzoun M. Steve-Jobs was born on February 24th 2017 and share same birth dates with both Apple's founder, Steve Jobs (1955) and Israel's Yuval Harari Noah (1976). Damien Mouzoun’s motivational book is titled “Africa is my combat” by his uncle Amoussou Bruno. On his personal journey for regional integration in #Africa, brother, Damien Mouzoun has also accepted the challenge of having the East African citizenship on top of his #Benin native West African one by officially swearing in as full Rwanda National on the 101 birthday of President Nelson Mandela (18th July 2019). He is also a Rotary International peace champion.


The Ayina Think Tank has been commended , recognized and encouraged by book autography from the Israeli former Intel CEO Dov Frohman , 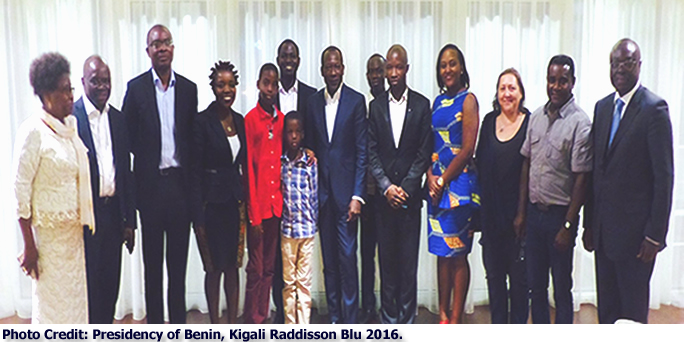 Bestselling author Erin Meyer, Former Secretary General of the World Council of Churches Rev. Dr. Samuel Kobia, The United Nations former Secretary General Kofi Annan and many other personalities from various components of life including President Nelson Mandela’s living widow and former first lady of both Mozambique and South-Africa Mama Graça Machel. Damien Mouzoun and two of his students from Rwanda Campus, Kael & Kervin both born in Senegal respectively on the 8th September 2010 and 4th of October 2003, met the newly elected President of Benin his excellency Mr. Patrice Talon and his cabinet on the 29th of August 2016 in the saloon of his Presidential suite at Kigali Radisson Blu Hotel to discuss the Ayina Think Tank programmes and vision for Africa where they later joined the State Banquet offered by the President of Rwanda H.E. Paul Kagame held in Kigali.

It is important to note that this noble vision and mission of having an effective youth led think tank as Ayina morally supported by the elders has attracted so many dignitaries and personalities across the world including US former deputy secretary of state Jerry White, Israel former president Shimon Peres 's minister of foreign affairs Uriel Savir, historian Yuval Noah Harari and honorable Frank J. LaBuda His application letter who is one of the personal strategic advisors to H.E President Yoweri Kaguta Museveni regarding the possibility of the republic of Uganda to fulfill the prophecy of having the first African Embassy in Jerusalem.

In 2016, Rtr. Damien Mouzoun had an interview with IGIHE Television at Ayina Think Tank Rwanda office and revealed more about the journey that led to the creation of Ayina as a Pan African research, advocacy and real life skills learning institute for the twenty first century. The etymology of Ayina originated from west Africa and signifies "knowledge" and/or "wisdom" in some of the most spoken languages in Benin, Ghana and Togo. The pronunciation "Ayina" has later resonated so well with various cultures, traditions and civilizations across the world for instance in Hindi, one of the main languages in India, the phonetic correspond to "mirror", in East Africa it is close to "ownership" , "wealth" or "growth" and in Arabic, it literally means "exemplary".

Think tanks are powerful institutions existing in various forms and compositions that influence decision making, action and direction of many societies across the world; even in the ancient times, kings would send their decendants to develop grit, social and emotional intelligence for their own future govern. They are often founded by respected elders considered as moral authorities after their retirement from international, regional and national high position of service either in business (Bill Gates, George Soros, Tony Onyemaechi Elumelu), politics (Jimmy Carter, Jerry John Rawlings, Tony Blair), humanitarian (Ban Ki-moon, Strive Masiyiwa, Mo Ibrahim). As far as Africa is concerned the promoter of of Ayina, who was born in 1991 believes that there is no need to wait for any appropriate time or those in position of authority to come and rescue us, that the mounting generation may step in as early as possible so that they can learn, unlearn and relearn from experience before it is too late. It is not enough for someone to effectively thrive and succeed in our constantly changing and challenging world as a result of the conventional schooling and degrees acquired. That is why Ayina is an open box to bring adaptive solutions to our complex realities with the implication and support of every individual, corporate and organization. As Albert Einstein once said, " Not everything that can be counted counts, and not everything that counts can be counted."